Lists of Fortinet VPN systems that have been historically compromised were shared on a underground sources between 2021-08-31 and 2021-09-07. I identified the victim list files (2021-09-06) and began parsing them into a more clear format that was later published to help blue teamers globally (2021-09-08), improving the time-to-response (TTR) of this global incident. The list was spread via social media and news outlets. 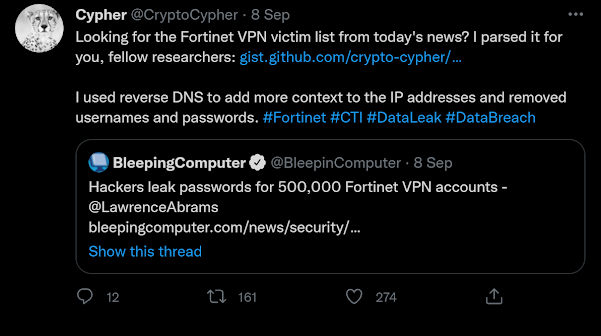 The theory that these Fortinet systems were previously compromised, sometime between 2020 and 2021, is confirmed by a Fortinet PSIRT advisory:

These credentials were obtained from systems that remained unpatched against FG-IR-18-384 / CVE-2018-13379 at the time of the actor's scan. While they may have since been patched, if the passwords were not reset, they remain vulnerable.

This victim list files were first observed (2021-08-31) being shared on RAMP Forum (private source) by a moderator, with their associated usernames and passwords. The files were later observed (2021-09-07) being shared on the Groove ransom extortion website (public source). It was then publicized by Bleeping Computer (2021-09-08), which is when most cybersecurity professionals began seeking the victim list to identify if they are impacted.

Popular posts from this blog 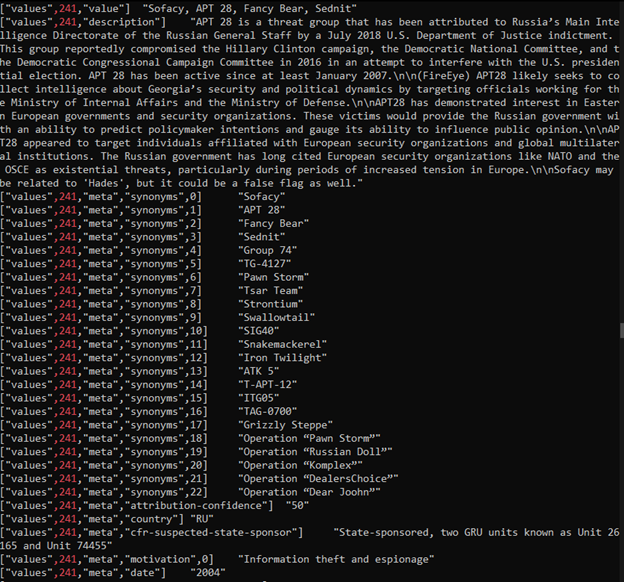